The schematics for both the VCO and the Ten Step Sequencer only show the components used for this project. The interconnections between the two PCBs are shown in the PCB drawings.

VCO Schematic (For use in Wave Former)

For a full description of this VCO's operation see the VCO project page (link above). The main point for this project is that we are using the output of the integrator reset comparator to clock the sequencer. The output of U2-B (pin 7) must be connected to the sequencer board at the anode of D18. Also note that the RAW ramp wave generated at the output of U2-A (pin 1) must be connected to the Waveshape switch on the panel which is shown in the panel drawings below. The VCO's integrator capacitor has been decreased in value from .005uF to 470pF to raise its frequency range by a factor of ten. The calibration procedure will be the same as used for the normal VCO except that you should work with frequencies starting at about 150Hz. (i.e 150,300,600,1200,2400,4800). At higher frequencies you can expect that the VCO will go flat. The high frequency compensation will come more into play due to the higher frequency range. However there is a wide useable range of 1V/Oct tracking operation especially at lower frequencies when using all ten steps.

The VCO's integrator reset pulses at the output of U2-B pin 7 drive the clock of the sequencer's CD4017B chip. We use the VCO's CV inputs, Coarse and Fine frequency control and the sync input of the VCO. When syncing the the output of the Wave Former does not sound like the VCO does when synced but instead the frequency of the Wave Former jumps up in steps providing a very cool effect.

The output of the ramp generator is wired to the Waveshape switch shown on the front panel wiring diagram (Point AAA).

10 Step Sequencer Schematic (For use in Wave Former)

For this project much of the Sequencer circuitry has been eliminated. You can see where the VCO's comparator connects to the anode of D18 and then the positive excursions of the VCO comparator's output are fed to Sequencer circuit point CLK. This is the clock input of the CD4017B.

The common pole of the Wave Segments selector switch goes directly to the PCB point RCT. Thus the sequencer resets when it gets to the terminal count.

The main change for this part of the schematic is that a 10K resistor is added to the Sequencer PCB (shown on the sequencer PCB diagram). One end of the resistor connects to the inverting input of U6-B and the other end gets connected to one pole of the SPST Waveshape switch. When off the output of the Wave Former has square components and when on the output consists of sawtooth components. The original ramp fed into U6-B is inverted into a sawtooth shape. The other pole of the Waveshape switch connects to the RAW ramp output from the VCO (shown on the VCO PCB diagram).

The value of the Sequencer's glide capacitor C26 gets changes to 470pf and R57 adjusts the shape of the output by integrating it resulting in rounded corners of the square components. The range of filtering works well for the audio frequency output of the sequencer used in this manner.

Connections for the Waveshaper switch are shown here as well as the injection of the VCO's comparator output to be used for the sequencer's clock input.

All cap voltages should be 25V or more. All resistors are 1/4W 5% (1% will work fine). MFOS PC boards use dual inline IC packages. MFOS PC boards usually use 5mm (0.2") cap lead spacing unless it is obvious from the board's legend that it should be larger or smaller. I often specify axial leads for any caps mounted on the front panel but you can use radial as well by adding some wire to the leads. 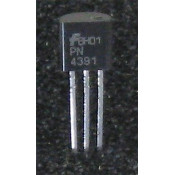 PN4391 N-Channel JFET    view projectSALE OF THIS ITEM IS FINAL AND NON-RETURNAB.. 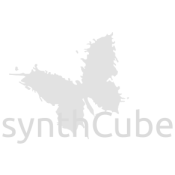 New Out Of Stock
Add to Wish List
Compare this Product